In the second year of Nebraska's Emergent Quantum Materials and Technologies (EQUATE) project, funded by National Science Foundation EPSCoR*, two Nebraska researchers were awarded SEED grants from the EQUATE project to study quantum topics in their work. Applicants responded to a Request For Proposals, and submissions were evaluated based on alignment of proposal topics with project objectives. Funding of $56,000 for each chosen SEED Grant researcher/project goes to: 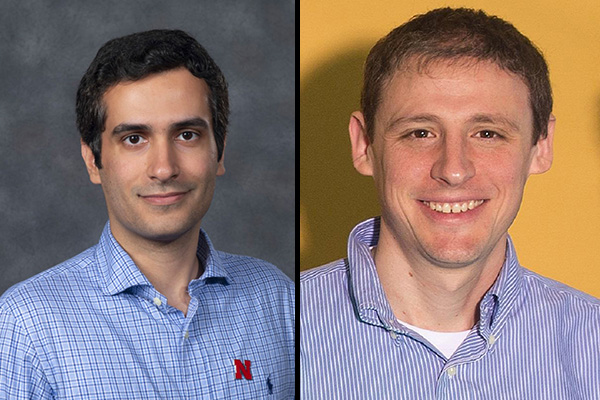 From left: Drs. Ghashami and Centurion