Applications are open for Young Nebraska Scientists (YNS) summer programs throughout the state in 2022, including:

For more than 12 years, each summer 100+ youths attend YNS camps, which include hands-on science experiences and recreation opportunities at college campuses throughout Nebraska. Camp fees include meals and lodging, except virtual and “day” camps (see yns.nebraska.edu/camps for specifics). Camps application deadline is May 1. 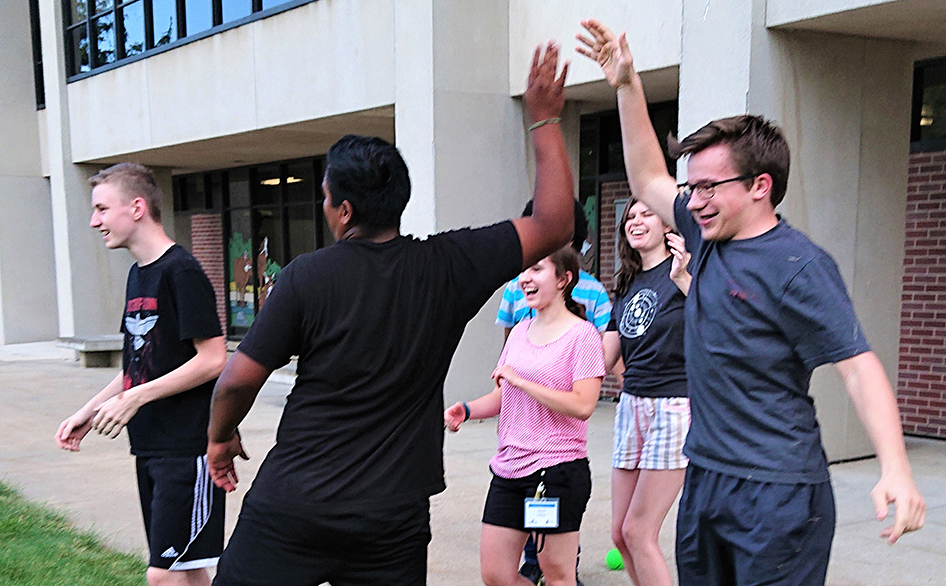 Young Nebraska Scientists celebrate an achievement with a group high-five during a Summer 2021 camp at Nebraska Wesleyan University.