For some high school students, an ideal summer is one spent hanging out with friends.

For Ryleigh Grove, a senior at Lincoln's North Star High School, conducting science research in a lab at the University of Nebraska–Lincoln was an opportunity she couldn’t pass up.

YNS provides STEM summer research internships in university laboratories for high school students and offers students an extended, paid taste of the camaraderie and focus of a university research team. High school researchers work alongside mentors and other members of a research team to accomplish their research tasks.

Although she had an interest in science, Grove admits she was more passionate about music than about the science classes or activities offered at her school. But thanks to prompting from North Star High School science department chair Floyd Doughty, Grove applied to the program.

“I had an interest in science, so I thought I’d sign up and do it over the summer to see how it was, and if I liked it. Turns out I loved it. It pushed me outside the bubble of what I am comfortable with and used to. I also learned what it is like to work full-time,” Grove said.

Doughty said Grove’s intuition and objectivity about understanding new concepts makes her a rapid learner. He also said she is a curious and inventive person that can readily put multifaceted principles into action in new ways.

“One of her greatest strengths is that she excels at forming abstract mental models. And, of course, she loves science,” Doughty said.

“When I first started, the scientific terms went right over my head. After hearing the terms and working with the other members of the team all summer, I started to understand what they were talking about,” Grove said.

Grove initially thought everyone worked together on the same project. She soon discovered there were different parts that make up a team and the Schnable Lab includes many people with diverse talents working together or individually on numerous projects. If she needed help with coding, she went to someone, and if she needed help visualizing data, she would go to another person. Grove said it was an amazing thing to have access to different people in the team with different talents.

She also knew nothing about computer coding. By the end of the summer, she was proficient at programming and at reading error messages and at fixing the errors herself.

“It sounds boring, but it is fun,” Grove said.

Tross echoed Doughty that Grove is a fast learner.

“I can’t explain how fast she was able to pick up programming and understand concepts that I feel like I learned two to three years ago and she’s in high school. Also, she has skills now that some graduate students don’t have. She has done fantastic work in the short time that she was here,” Tross said.

One of the projects Schnable’s lab is working on, and the one Grove was involved with, is to identify the specific genes that control how erect or relaxed the leaves of different sorghum varieties are. If the leaves are too close together, they block each other’s light and can’t photosynthesize properly, reducing yield. However, different arrangements of leaves in 3D space can maximize how much light all the plants in the field can capture, allowing them to produce more grain from the same sized field. Corn geneticists have already found the genes that are responsible for leaf angle and these genes have played a big role in increasing the yields of maize from 30 bushels/acre to 180 bushels/acre of the past eighty years. However, many of the genes responsible for the variation of leaf angle in sorghum remain unknown, something Grove’s project hopes to address.

Measurements on sorghum leaf angle are collected by two methods. The first method is to send people into sorghum fields to measure leaf angles of hundreds or thousands of individual plants with a protractor. The process is very labor intensive, time consuming and prone to human error.

The second method the Schnable Lab is working on instead uses computers to measure leaf angles using photos of a sorghum plant, like those collected by the University of Nebraska–Lincoln’s Greenhouse Innovation Center automated phenotyping facility.

The goal is to come up with a more accurate and precise method of measuring leaf angles that didn't involve so much time and labor.

Prior to Grove’s arrival in the lab, the team – collaborating with experts in computer graphics from Purdue University – used photos taken at the Greenhouse Innovation Center to reconstruct individual sorghum plants in 3-dimensional space and used these reconstructions to measure leaf angles of each line. They also performed a genome wide association study to map the genes involved in differences in leaf angle among the different genotypic lines.

Grove spent the summer writing, testing and running computer code to measure the angles of sorghum leaves using the original 2-dimensional photographs. To accomplish this, she had to learn to write Python code and use the ImageCV software package. But the end of the summer, she was able to perform her own genome wide association study using the measurements her code extracted from 2-dimensional photos.

Grove’s summer research experience not only offered her a unique opportunity to develop her skills in scientific research and working in a team, she also gained experience in presenting her research to YNS and to the Nebraska Summer Research Program Symposium. Her poster is available on UNL Media Hub.

Grove’s work was also incorporated into a paper both she and Tross are authors on which has been posted to BioRxiv while it is evaluated by the peer review process.

“In my experience it is quite uncommon for YNS students to get all the way to authorship on a paper in a summer research project,” Schnable said.

Asked about her future plans, Grove said she realized she had more interest in a STEM related field now and has added three AP science classes to her senior schedule and will pursue a STEM major in college.

“I was going to major in music in college next year, but this experience completely changed my plans. I found that I really liked science,” said Grove (pictured below in a courtesy photo). 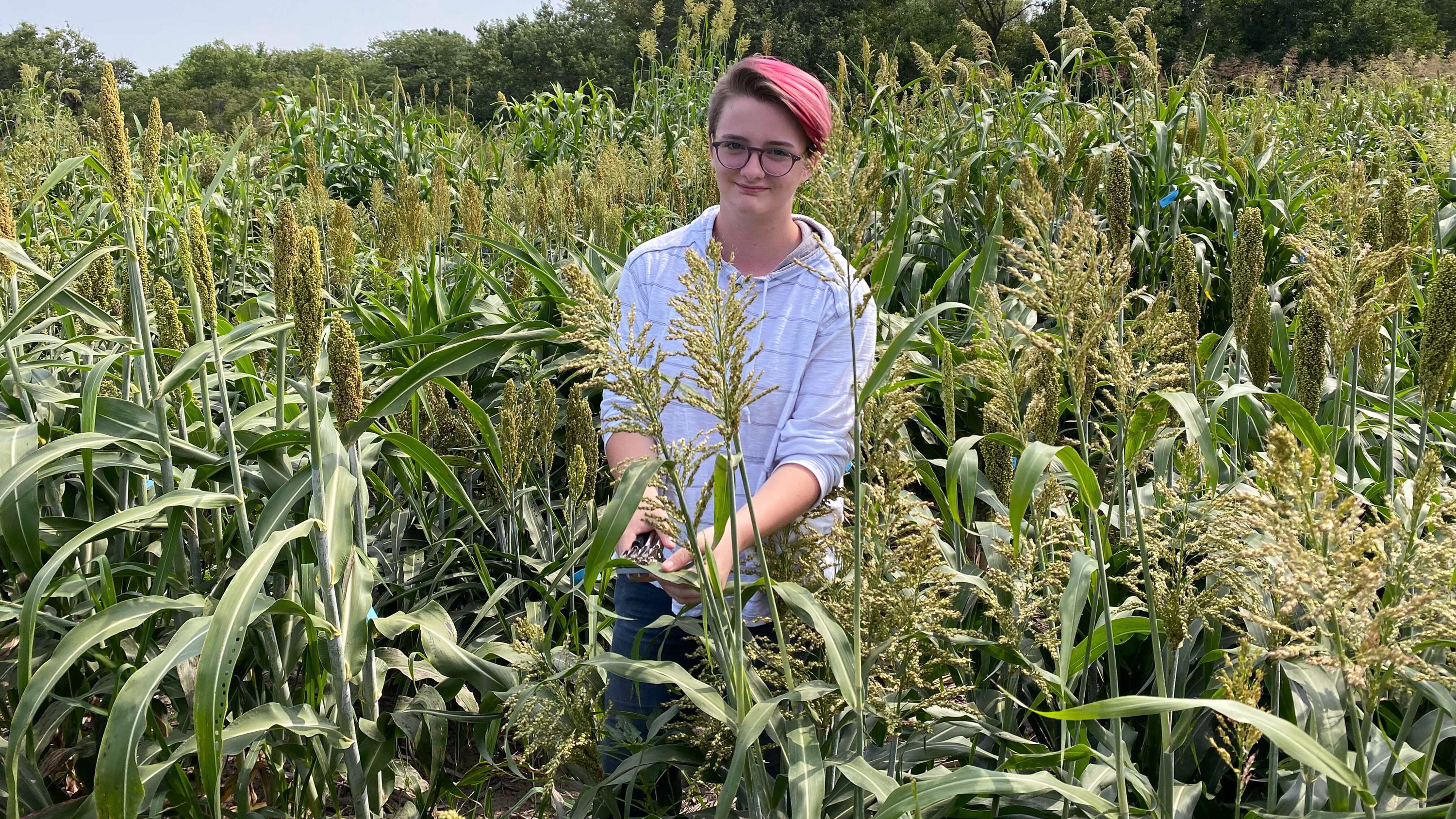 Nebraska EPSCoR conducts its YNS program with funding from the National Science Foundation via OIA-1557417 / Center for Root and Rhizobiome Innovation.