University of Nebraska Executive Vice President and Provost Susan Fritz announced today that following a national search, Matthew T. Andrews, Ph.D., has been chosen to serve as the next director of Nebraska’s Established Program to Stimulate Competitive Research, or EPSCoR.

Andrews is currently executive associate dean of the College of Science at Oregon State University in Corvallis. A molecular biologist, Andrews also is a tenured professor of biochemistry and biophysics.

He will begin his Nebraska duties on July 1, succeeding Dr. F. Fred Choobineh, who is returning to his faculty position full-time on June 30. As Nebraska EPSCoR director, Andrews will lead coordination and administration of statewide efforts to earn projects from federal agencies like the National Science Foundation. He will also lead Nebraska’s Institutional Development Award (IDeA) program.

“Matt Andrews is an accomplished scientist and administrator,” Fritz said. “His record reflects significant collaborations across disciplines and institutions, as well as engagement with industry. He is an excellent fit for this important statewide position.”

Created by Congress in 1979, EPSCoR aims to strengthen STEM (science, technology, engineering and math) research and education capacity and infrastructure in states that have historically received a disproportionately low amount of federal research dollars. IDeA is a similar program established by the National Institutes of Health in 1991 for biomedical fields.

Nebraska EPSCoR engages universities and colleges across the state in competing for merit-based federal funding and fostering STEM public-private partnerships. The program contributes to workforce development through educational and research opportunities for students and early-career faculty. Nebraska EPSCoR is housed on the University of Nebraska-Lincoln campus and is guided by a statewide committee representing higher education, state government and private industry.

Since its formation in 1991, Nebraska EPSCoR has helped garner more than $400 million in federal funding for the state. For example, UNL is leading a current research effort to improve crop productivity funded by a five-year, $20 million EPSCoR grant; the project also involves scientists from the University of Nebraska Medical Center, University of Nebraska at Kearney and Doane University.

Andrews said he was attracted to the Nebraska EPSCoR position because of its statewide, multi-institutional impact.

“I’m honored to be selected as the next EPSCoR director for Nebraska,” he said. “I look forward to working with leaders throughout the state to advance Nebraska through research and workforce development. I am also eager to promote STEM education, including Nebraska EPSCoR’s Young Nebraska Scientists programs aimed at middle school and high school students.”

Prior to coming to Oregon State, Andrews was the McKnight Presidential Professor of Biology at the University of Minnesota Duluth, where he served as department head and helped initiate the first Duluth-based Ph.D. program as founding director of the integrated biosciences graduate program. Andrews was previously a tenured faculty member in the Department of Genetics at North Carolina State University.

He earned his B.S. in zoology from the University of Michigan and his M.S. in biology at Central Michigan University. Andrews completed his Ph.D. in biochemistry at Wayne State University and was a post-doctoral fellow at the Carnegie Institution for Science. Andrews’ research career has focused on the molecular biology of hibernation in mammals, including the application of hibernation strategies to human medicine. His current work involves the development of hibernation-based therapies that can help humans survive life-threatening blood loss, or hemorrhagic shock, and hibernation-based methods to prolong the storage time of organs used for transplantation.

At the University of Nebraska, Andrews will be affiliated with UNL’s School of Natural Resources and the Department of Biochemistry.

Andrews and his wife, Katherine, have two adult children. 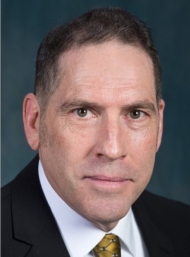