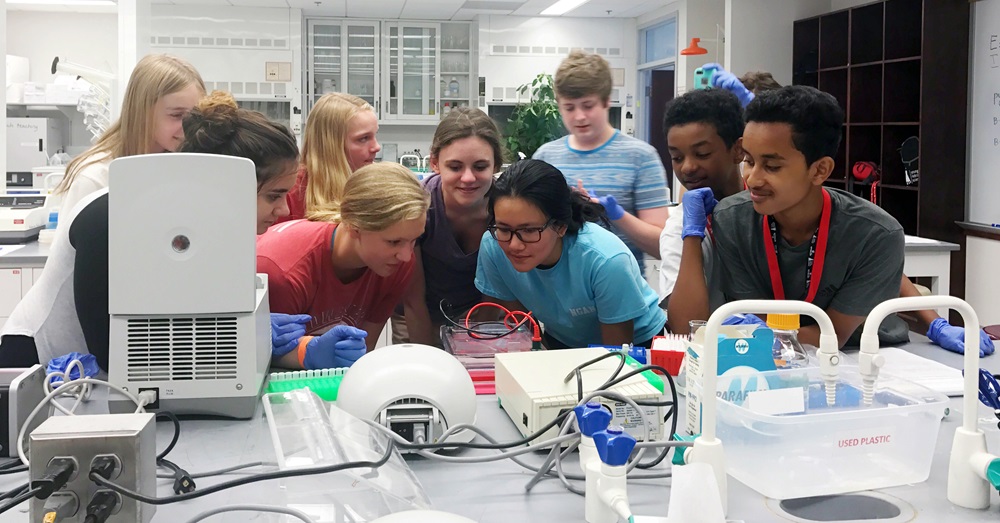 Applications are open for Young Nebraska Scientists summer programs throughout the state in 2018, including:

* CyberCamp, June 6-9 at the University of Nebraska at Kearney, for middle and high school students;

* Soil and Plants in Agriculture, June 11-15 day camp at the University of Nebraska at Kearney, for middle schoolers;

* Algae for Biofuels, June 17-21 at Doane University in Crete, for middle schoolers

* Life Underground: the Unseen Power of Microbes, June 17-20 at UNL, for high schoolers;

For the past 10 years, each summer more than 100 youths attend YNS camps, which include hands-on science experiences and recreation opportunities at college campuses throughout Nebraska. YNS camp fees include meals and lodging, except Secret Life of Metals and Soil & Plants in Agriculture (day camp only). A select group of students are chosen to be YNS High School Researchers, with paid summer jobs in the labs of university scientists. Applications for YNS researcher positions close March 20 (April 15 for camps).