A select group of students from throughout the nation worked in the University of Nebraska-Lincoln’s Summer Research Program. Several were placed as Research Experiences for Undergraduates (REU) participants, funded through the National Science Foundation’s EPSCoR projects—including Track-1 (Center for Root & Rhizobiome Innovation) and Track-2 (Atomic, Molecular and Optical—or AMO—Physics) groups.

Joining UNL scientists’ labs, the undergraduates learned skills that enhance their capabilities for future research careers, and presented their scientific advances with host labs in posters at UNL’s Summer Research Symposium. In addition to stipend, room and board, participants enjoyed professional development and memorable social events including visits to Omaha’s Old Market, and canoeing and camping on Nebraska’s Niobrara National Scenic River.

In the lab of UNL Biochemistry’s Tomas Helikar, Alyssa LaFleur from Whitworth University deepened her basic understanding of Matlab (modeling software) while developing multiscale models of differential equations to explore aspects of immune systems. In Helikar’s lab, part of the NSF EPSCoR-funded CRRI project, she benefited from working closely with postdoctoral researcher and computational biologist Kenneth Wertheim. A junior with majors in math and biochemistry, LaFleur said it was fascinating to see Helikar teams address projects and she plans to use her new skills to keep building models that serve research. She realizes there are many opportunities for this work to help biologists decide which experiments to run next, perhaps aiding drug discoveries or generating more efficient vaccines.

For Rebecca Hoehne, her time at UNL’s Department of Physics & Astronomy was a way to return to Nebraska, where her family lives, while making progress in her five-year dual degree program at Saint Mary’s College and the University of Notre Dame. At Jorgensen Hall, she worked on an aspect of dissociative electron attachment (DEA), designing a pump concept to study high vs. low energy electrons, and focusing on system damage caused at varied speeds. “At the low energies it has been proposed that the electron will be attracted to the molecule, eventually raising the potential energy and thus causing the breaking of bonds,” Hoehne said. “What I am looking at in my simulations is to achieve sub-atomic resolution … in order to study the effects of the low energy electrons.” Working on theoretical simulations with physicist Martin Centurion’s group for the NSF EPSCoR Track-2 project was meaningful in her efforts to earn a Bachelor of Science and a Bachelor of Science in Engineering, Hoehne said, because it combines three fields she is passionate about. Refining her model’s temporal resolution from 2.43 picoseconds to 100 femtoseconds was a challenge, and one that increased her understanding of processes involved.

Liz Laskowski, who studies materials science at University of Wisconsin- Eau Claire, had attended Nebraska’s WoPhyS (Women in Physical Sciences) conference and presented her research on Smart polymers. During WoPhyS, she toured UNL’s Archimedes Lab and met Dr. Banerjee, who encouraged her to try for an REU there. She was excited for the opportunity to explore new areas and see what graduate level research might look like at a Big Ten school. With Dr. Umstadter’s team in the Diocles Lab, she used optical techniques to measure the phase shift caused by gasses and densities, then applied that measurement to reconstruct density profiles of gasses and plasmas.

“In a broad sense, (we study) how the phase of light changes after passing through a gas or plasma for communication purposes--radios, tvs, and satellites all depend on it,” she explained. “In a more focused sense, a lot of applications depend on laser-photo ionization of a neutral gas, and use gas jets and lasers similar to the ones I used this summer. Being able to measure plasma density profile, with femtosecond and micrometer resolution (in real time!) would be invaluable to applications such as plasma wakefield acceleration. The plasma density measurements I took this summer showed that this could be achievable with further improvement of experimental set up, and the group will continue working towards that goal. I can’t wait to see what they find!”

Laskowski said her REU time was “incredible” and added: “Every day I was challenged reach far into what was unknown to me and encouraged to dig deeper and deeper until I understood it at a fundamental level. It introduced me to the beautiful world of optics and high-intensity laser physics and I hope my future studies will relate to this field.”

“I felt wonderfully supported, encouraged, and welcomed my entire time here at UNL, and I am so grateful to have had this opportunity,” said Laskowski—who also plans to present research at her third WoPhyS event in November 2017. 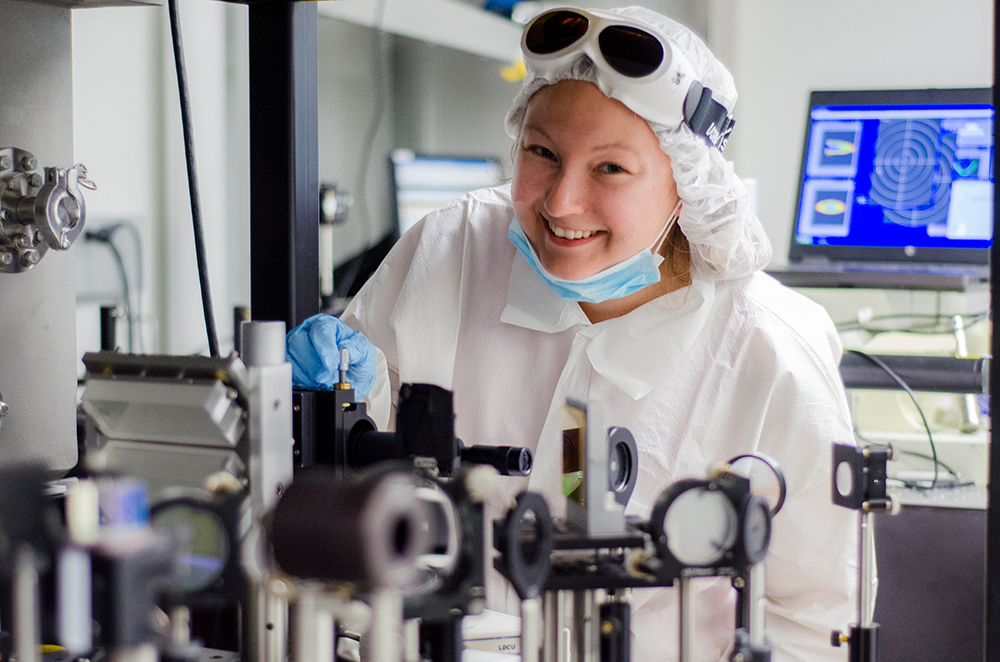 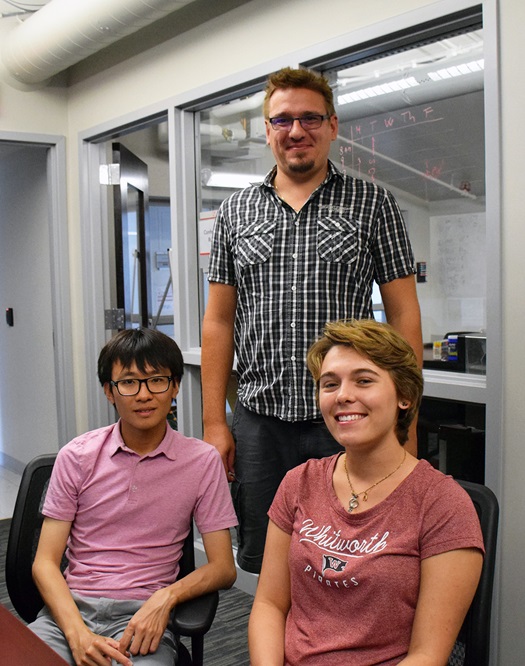 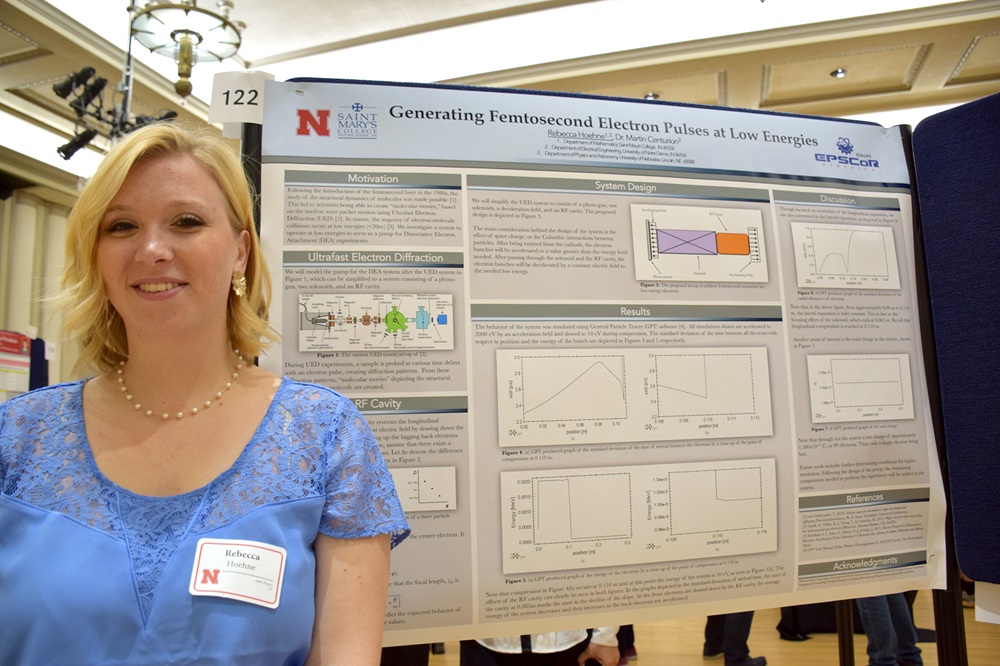